This is a translation/adaptation of  my short story "La Cofradía", originally published on May 1st, 2010.

Probe reports had been promising, which justified sending a scoutship ahead of the Concordat fleet.

But the Consul was not prepared for the report her nervous scout had just presented.

"Are you absolutely certain, Scout?"

"Utterly certain, your Serenity.  Assimilating sector 2814 would irrevocably lead to the collapse and destruction of the Concordat"

The Consul frowned, rustling a few plates of her chitinous carapace.

"But the probes did report multiple carbon-based types of life forms, in addition to an oxygen cycle compatible with most of the Concordat species"

"That they did, your Serenity... but the global ecosystem is undergoing major disruptions; it is impossible to accurately forecast the end result, but it looks like it is collapsing"

"What caused it?  A meteor strike? surges in volcanic or tectonic activity...?"

Scout's tongue nervously flicked around its eyes, as it tried to hold its nervousness in check.

"Your Serenity... The dominant species on the planet did this"

The Consul's pincers clicked as her venom gland went into overdrive

"They did it to themselves? They do not deserve their planet!  We will assimilate them into the Concordat and fix it once and for all"

"Do not order it! It would be the end of us!" the Scout shouted, dropping all protocol.

"You better have a good explanation" Consul replied coldly, stretching one of her pincers towards the Scout.  "Is their DNA not compatible with the Concordat's carbon-based life forms?"

The Scout steeled itself as it dove into its report

"Although they are have no remarkable features we'd find useful, their DNA is 89% compatible, well within established parameters.  But the species as a whole seem to be on a self-destructive drive.  What is happening to this planet is not recent.  They have been poisoning it and themselves for generations.

And they kill each other - constantly".

"Your Serenity, for multiple reasons, most of which do not make sense, but include:

the pigmentation of their outer skin,

A group of them will waste and destroy natural resources in a location, then attack the neighbouring locations for their resources to continue the cycle"

"They have begun exploring their natural satellite, and sent crude probes to neighbouring planets within this system.

Most significantly, they have placed rudimentary weaponry in orbit around their planet"

"Scout, perhaps there is hope for them yet. Placing defenses around their planet shows rationality, and the capability of cooperating towards species survival, does it not?"

Scout licked its eyes once more.

"Forgive my clumsiness, Your Serenity... The ordnance in orbit is not for defence against invaders, ineffective as it would be against our systems.  All their weapons are aimed at the planet surface itself".

The Consul stood to her full height, horrified.

"You are right, Scout: it is insane, suicidal, lacking all sense of preservation.

Withdraw all short-range probes from the orbit of the third planet, and place warning buoys to keep everyone away.

We will continue long-range scanning.  Should they survive by some fluke, and in a few generations begin exploring beyond their system, we will have to decide what to do with the species of sector 2814.

In the meantime, the Concordat fleet will continue searching for intelligent life in other sectors".

Jedi are evil and incompetent -They must go!

The Jedi must disappear because they are incompetent and evil

Before starting this rant, a few words about my methodology.


The Jedi are incompetent:

Who is the worst teacher? Obi-Wan vs Yoda

Throughout the prequels, Anakin Skywalker is treated in a cruel and negligent fashion, making him easily seduced by the Dark Side.

In Ep. III, when Anakin expresses worry over his mother, Obi-Wan admonishes him instead of providing support, which eventually causes his pupil to abandon his mission to go rescue his mom, arriving just in time to have her die in his arms and triggering Anakin's murderous spree of Sand People.

Twenty-odd years later, in Episode IV Obi-Wan lies to Luke, trying to indoctrinate him against his father Anakin. More on this below.

Obi-Wan (and later Yoda) also hide important information from Luke: his sister Leia. Why not train her in the ways of the Jedi? Another descendant of Anakin, powerful in the Force would be a great ally against the Empire.

The Jedi in general and Yoda particularly insist on suppressing emotions: "I sense much fear in you... Fear leads to anger, anger leads to hate, hate leads to suffering!" What the hell? You have a child in front of you, alone and afraid, light years away from everything he knows and the one person who's shown him love, and you crap all over him because he's afraid, and to add insult to injury, you decide he shouldn't be trained, "because he's too old".

Twenty-odd years later, Yoda pulls the same "too old" crap when Luke arrives on Dagobah. In case you haven't noticed, he is the only pupil available, because apparently his sister is not worth training either.

Who is the worst teacher? part II: Luke also sucks

Luke follows in Obi-Wan's steps. After witnessing the turmoil of negative emotions within his nephew Ben Solo, Luke considers (for a moment) killing him. Although he does not follow through, Ben feeling being betrayed by his mentor, turns full dark side, adopting the persona of Kylo Ren (Ep. VIII).

In the wake of such a huge blunder, Luke -like the Master Jedi who've preceded him- hides. We've been told for decades that Jedi are brave and face their mistakes. The examples set by Yoda, Obi-Wan and Luke prove otherwise.

When Rey -a powerful Force-user- finally finds him, Master Skywalker does a Yoda-tantrum and refuses to train her, leaving her to explore without warning or information the cave of the Dark side, with the consequent risk of her going over. Meanwhile he's off milking space ostriches to drink blue milk.

Luke is right about one thing, however: The Jedi must disappear. They are nefarious!

In the prequels we see the Jedi in full splendour, with huge office buildings, palaces and libraries. I'd love to be a Jedi librarian, with a light saber and many books.

But there are no Jedi accountants nor auditors. They might have traced the funds channelled by Master Sifo-Dyas in Ep. II to pay for the clone army manufactured on planet Kamino.

So many renegade Jedi

Former Jedi Knight Count Dooku becomes Darth Tyranus. How was he allowed to leave the Jedi, while Anakin never had the option, as he was always told it was a lifetime commitment.

In the comics detailing ancient history in the Starwars universe there were many Jedi going over to the Sith... The temples on Yavin 4 (Ep. IV) were built by a race of beings enslaved by a Sith Lord, formerly a Jedi.


The Jedi are Evil, the bad guys of the saga

They behave like a religious cult, manipulative and cruel

Indoctrinating children from a very young age, separating them from their parents, "before they form an attachment". Episodes I and III.

Giving a hard time and generally being a jerk to nine-year old Anakin, arguing he is "too old" (harder to manage?) to begin training, in addition to the stress from the aforementioned separation from his mother.

I did not come here to free slaves - Qui-Gon Jinn, Ep. I

His justification was that the mission was to protect Queen Amidala. But why don't Jedi as an institution, do something for the slaves? Is slavery constitutional in the Old Republic? The Jedi are subject to the Senate which makes them a sort of police force for the government, which in turn raises ugly questions about the separation of Church and State. If this is the case, the Old Republic was built on immoral principles and therefore Palpatine / Darth Sidious did the right thing in bringing it down.


Liars and manipulators - The truth... from a certain point of view

Practically the first thing Obi-Wan tells Luke in Episode IV is a flat-out lie: Darth Vader, a young Jedi who was pupil of mine, until he turned to evil... betrayed and murdered your father.

Granted, it is no easy task to tell your most promising prospect his dad is a genocidal psychopath and that he'll have to kill him some day, but you could have given him a sanitised version of the truth.

They couldn't foresee that Darth Vader would tell Luke about his heritage? No wonder they didn't want Luke to face him with so little brain washing training.
Share |
publicado el 20.4.18
0 ombligos (son como las opiniones) 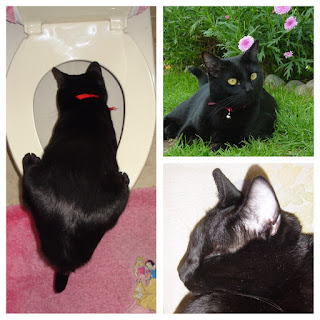 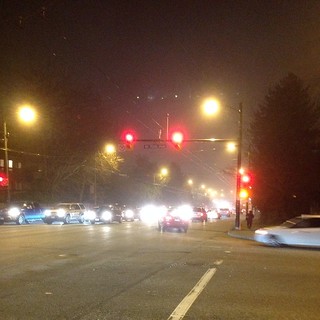 Late night. A young woman is in line at Starbucks.
A young man comes up behind and taps her shoulder.

“I'm going to my boyfriend's place”

“Have a good night”